Hit enter to search or ESC to close
NewsWritings

By Manfredi Beninati December 19, 2017 No Comments

Sounding Architecture Manifest initiated by Thomas Tsang’s dehowprojects with and for arc-gestaltung. Sounding Architecture critically examines the ­liminal space where art, architecture and music might overlap. Research in this case takes the form of bold new initiatives in cross-disciplinary collaborations, as historically, sound and architectural principles are discretized, rarely considered as contingent overlapping parameters in each field, though, in truth, they are. Anyone who has heard a piece of music in a space can learn to be sensitive to the fact that the architecture is a ­contributing factor to the ­resonance and, ­therefore, the music enfolding in a space. With the realization that architecture is ostensibly an instrument in all sonic ­conditions, architecture can then be factored into the musical composition. 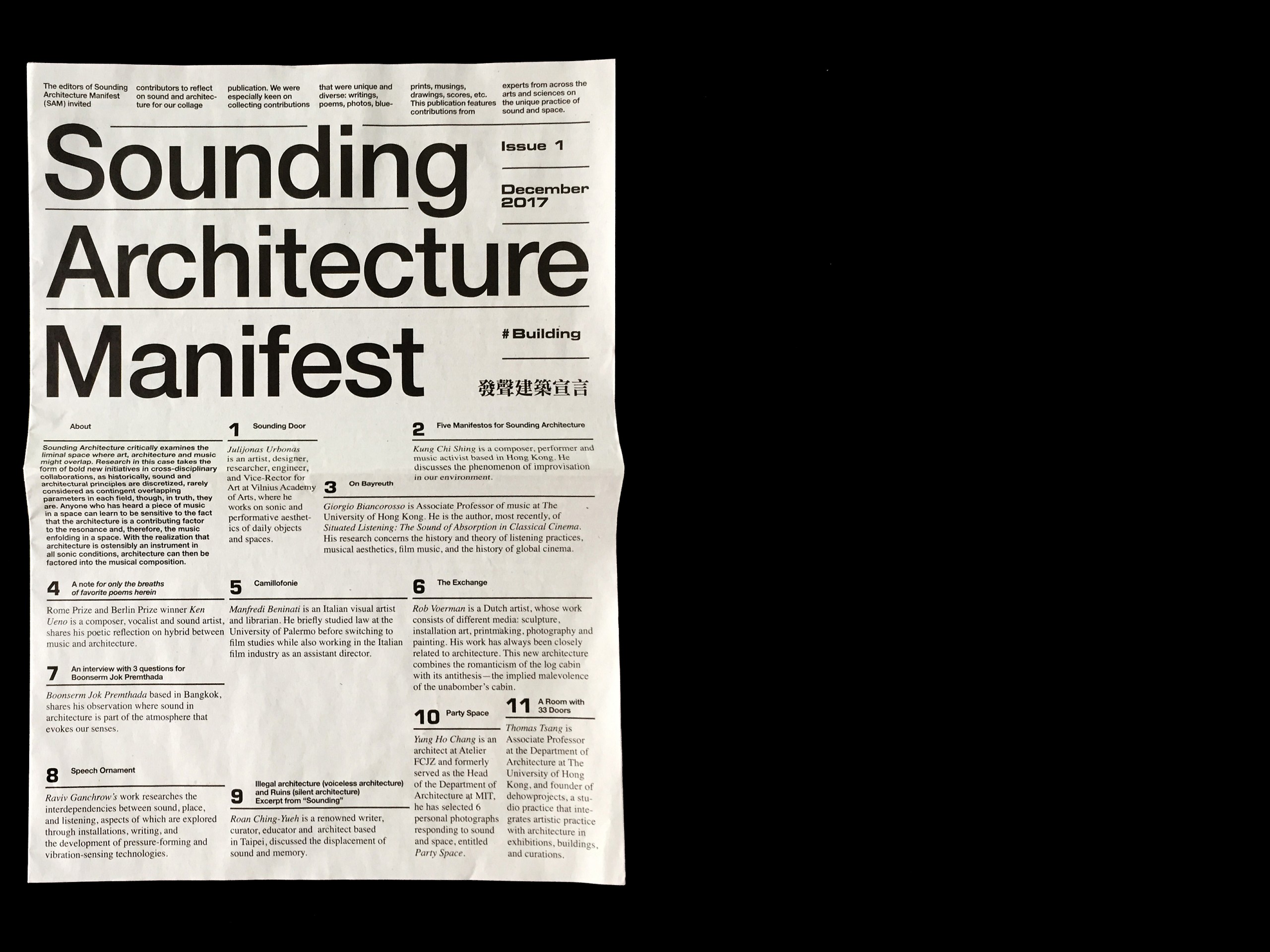 Manfredi Beninati’s contribution to the Manifesto is an assay on Camillofonìe project, a series of recordings he made with Camillo Amalfi over a period of five years to explore the relationship between space and sound.