By Manfredi Beninati September 24, 2008 No Comments

THE 15TH QUADRIENNALE OF ROME IS AN IMPORTANT SHOW OF CONTEMPORARY ITALIAN ART. As a performative utterance, the stenciled declaration in the exhibition hall’s entrance is not simply “infelicitous,” as philosopher J. L. Austin would define it, but miserable. Unable to turn wishful thinking into reality, this introduction reads more like an ironic disclaimer to an overabundance of mediocre video, bad painting, and gimmicky installations. Is this really all that Italian art has to offer: the cool and the kitsch? No. Perhaps too many cooks spoil the broth. Though the curators—Lorenzo Canova, Bruno Corà, Daniela Lancioni, and Claudio Spadoni—do each seem to represent a regional or ideological interest group in ongoing Italian cultural wars, the unification of these cliques could have made for a stimulating show, had the curators developed—and rendered explicit—relationships between artists otherwise never exhibited together. Instead, they subscribed to the current curatorial vogue—“We’re not trying to say anything with this exhibition”—leaving any connections to be drawn and articulated by visitors, who were invited to submit a title for the no-name, no-theme exhibition. The total absence of performance art calls further attention to the conventionality of the show’s format, which could have learned from more experimental designs like the Fifth Berlin Bienniale’s day and night programs.

Of course, the show, as any, has its positive moments: Manfredi Beninati’s hidden room, an image of petit bourgeois decadence; Alice Guareschi’s unfolded polyhedron; Giovanni Termini’s sculpture in scaffolding; the back-and-forth of Alice Cattaneo’s videoed gestures; Donatella Spaziani’s drawings and photographs; and the young Luana Perilli’s curious Tony Oursler–like installation: talking mouths, projected onto plaster souvenir statuettes of art-historical icons like the Venus de Milo. But in the end, the quadriennale represents yet another failed opportunity for Rome. As David Levi Strauss writes in Cautionary Tales: Critical Curating, “at a time when all parts of the social and political spheres . . . are increasingly managed, breaking out of this frame, asking significant questions and setting the terms of resistance is more and more vitally important.” The future of Rome and Naples as a potential hub for fresh initiatives (and a viable alternative to Milan and Turin) depends on these central Italian cities’ retention of their famously anarchic and unmanageable characters, in order to bust the churning cogs of the polished art-world machine. 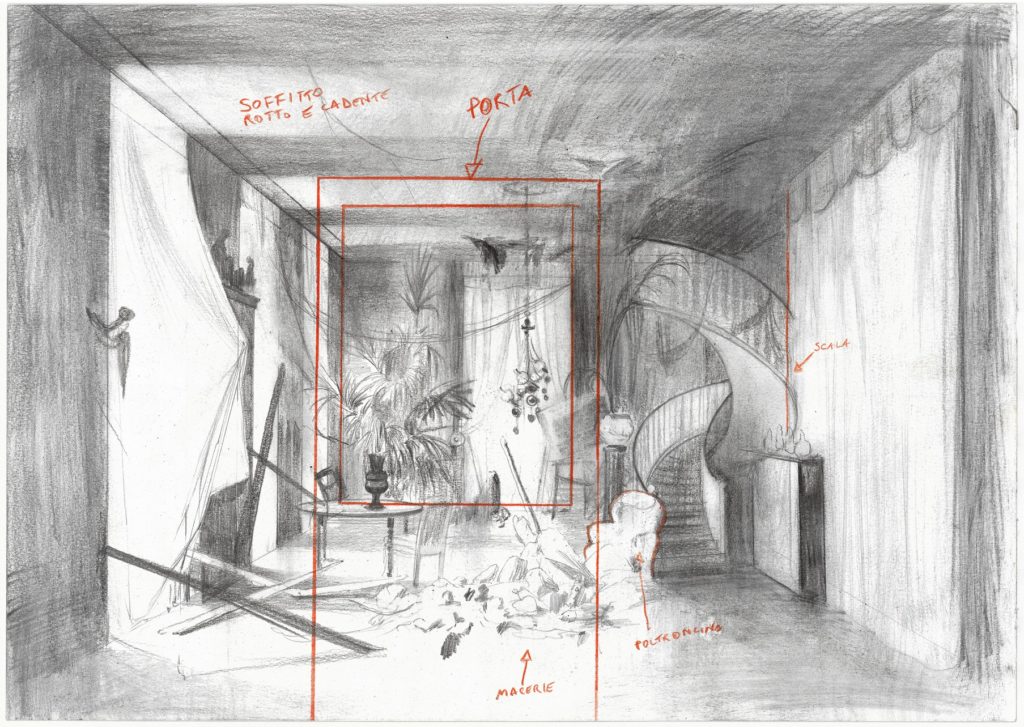 “Composition: hypotesis #1: trace the trajectory of the orbit of the sun around the earth through the realignment of all points on the ellipse of the earth around the sun”, Quadriennale di Roma, Rome, 2008