By Manfredi Beninati June 4, 2005 No Comments

For his second solo show at Lorcan O’Neill Gallery, Manfredi Beninati has filled the space with nostalgia, color, and beauty. What unites the Sicilian artist’s paintings, sculptures, and collages (as well as his current installation at the Venice Biennale, in which visitors peer through a small, dirty window at what looks like an abandoned eighteenth-century drawing room) is a controlled chaos, an oscillation between poetry and technical rigor. In his new show, anecdotes from the artist’s childhood are interwoven with religious visions, fairy tale characters, and Italian literary references.

Beninati’s sculptures, which are on view here for the first time, are effective three-dimensional realizations of his sensibility. Made of waxy resin, his figures seem to inhabit space itself uncertainly, melding surreal strangeness with the melancholy of memory. Looking at these works, the visitor is drawn into a world where unconnected realities find a mutual harmony and where the unconscious reveals itself. Boats, gnomes, flowers, ducks, planets, birds, Madonna and child, veiled human figures, characters drawn from Alice in Wonderland, all inhabit Beninati’s work, having seemingly emerged from the labyrinthine mystery of dreams. 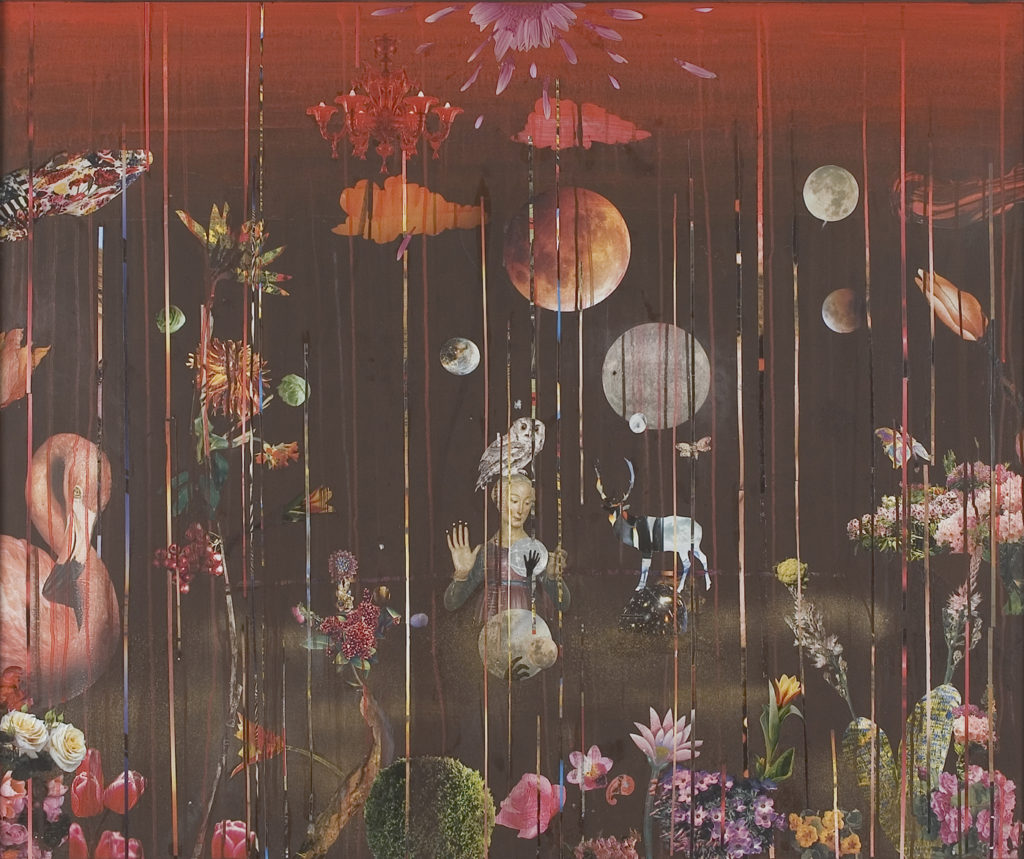