ART NOW AND THEN

By Manfredi Beninati September 29, 2016 No Comments

It’s long been a debatable topic: how far can an artist depart from reality before his or her work becomes non-representational? The Surrealists pondered this debate as did the Cubists, and of course, the Abstract Expres-sionists a generation later. The line is “fuzzy,” to say the least. The only way to answer such a nearly rhetorical question is to venture quite near or over the line, or better still, meander back and forth across the line. The Italian painter and installation artist, Manfredi Beninati, does just that, and quite often. Just when you think you see some hint of recognizable content in his work, it slips away. Then, when least expected, as you study what appears to be non-representational piece…whoa, what’s this? A human figure?

Manfredi Beninati is a contemporary figurative painter, though his work also covers installations, drawings, sculpture, and collage. He was born in Palermo, Sicily, in 1970. Beninati first began by studying law, then switched to film courses in the early 1990s while working as an assistant director in the Italian film industry. Having dropped out of both law school and film school, Beninati began working as an artist, devoting himself to drawing. He spent some time in Spain and England then in 2002, went back to Italy, where he began to make sculptural figures and figurative paintings, drawing directly on real and imaginary childhood memories. Beninati’s big break came In 2005 when he was selected as one of four artists to represent his country at the 51st Venice Biennale. There his Taking Notes for a Dream That Begins in the Afternoon and Continues through the Night (below), won the Audience Award for the Italian pavilion. In 2006 he received a fellowship at the American Academy in Rome.

Whether abstract or figurative; sculptural or painterly; two or three dimensional, Beninati’s completed works seem to remain in a state of incompletion. Some might go so far as to deem them over-completed, bearing not just pictorial suggestion, but a constant shifting between formal identities. This uncertainty is seen in both his sculpture and art installations. Beninati’s sculptural forms are in white plaster, their pristine surfaces are of classical statuary daubed and pigmented with whole range of candy colors. Some of Beninati’s more elaborate installations are often inaccessible, viewable only through cracks in a wall or dark glass appearing to be flattened much like a photograph, as seen in his Carrying Case installation (below) from 2008.

Beninati’s paintings often seem smudged, as if by rain, with striations of color partially obscuring his scenes plucked from memory. Others are adaptations of grand classical themes as in his vanitas still-lifes. Various layers become a single visual plane. His strips of obfuscation are reminiscent of Gerhard Richter’s vigorously smeared abstractions. In some ways Beninati’s style seems an assault on the academic representation with which his works are initially created, as he questions the validity, and strength to adequately represent his content. However, since his over-painting is only partial, the resulting abstract and figurative elements hint at a state of flux between opposing forms. 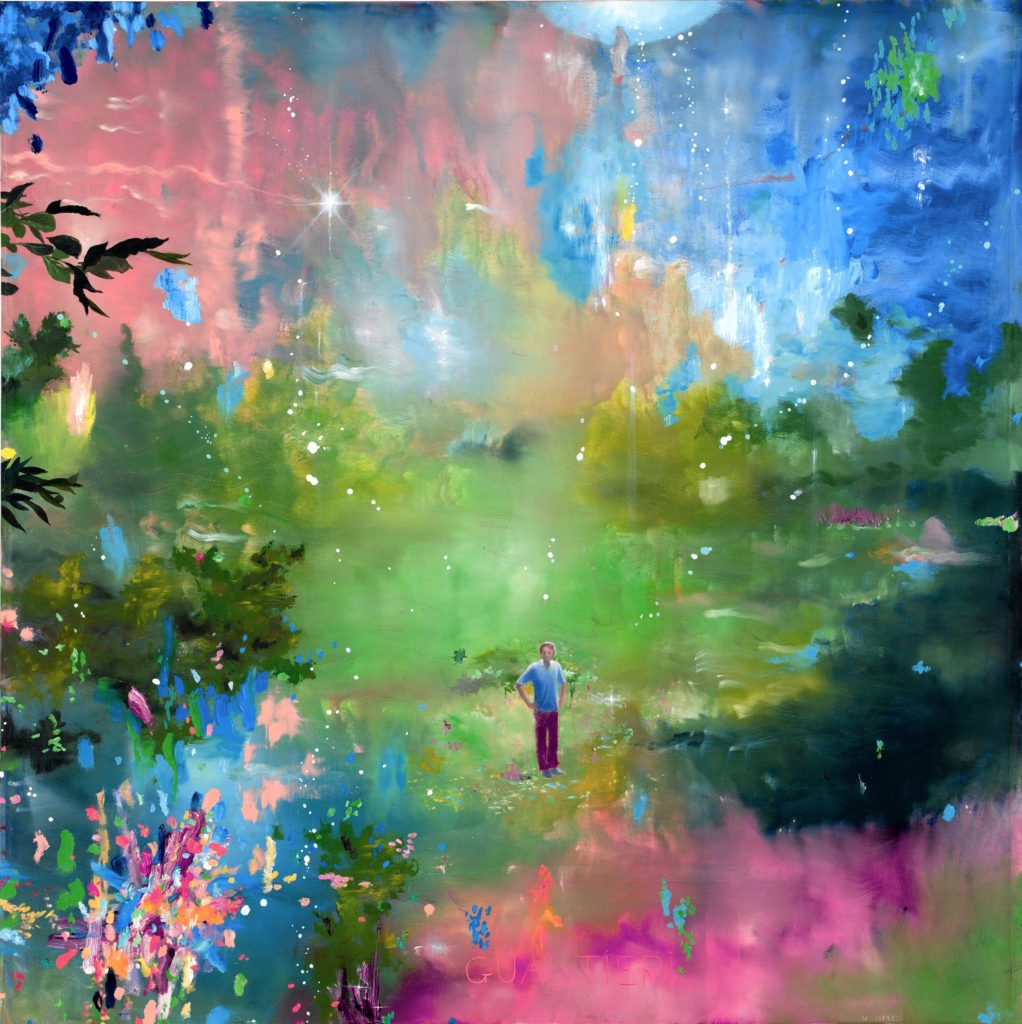 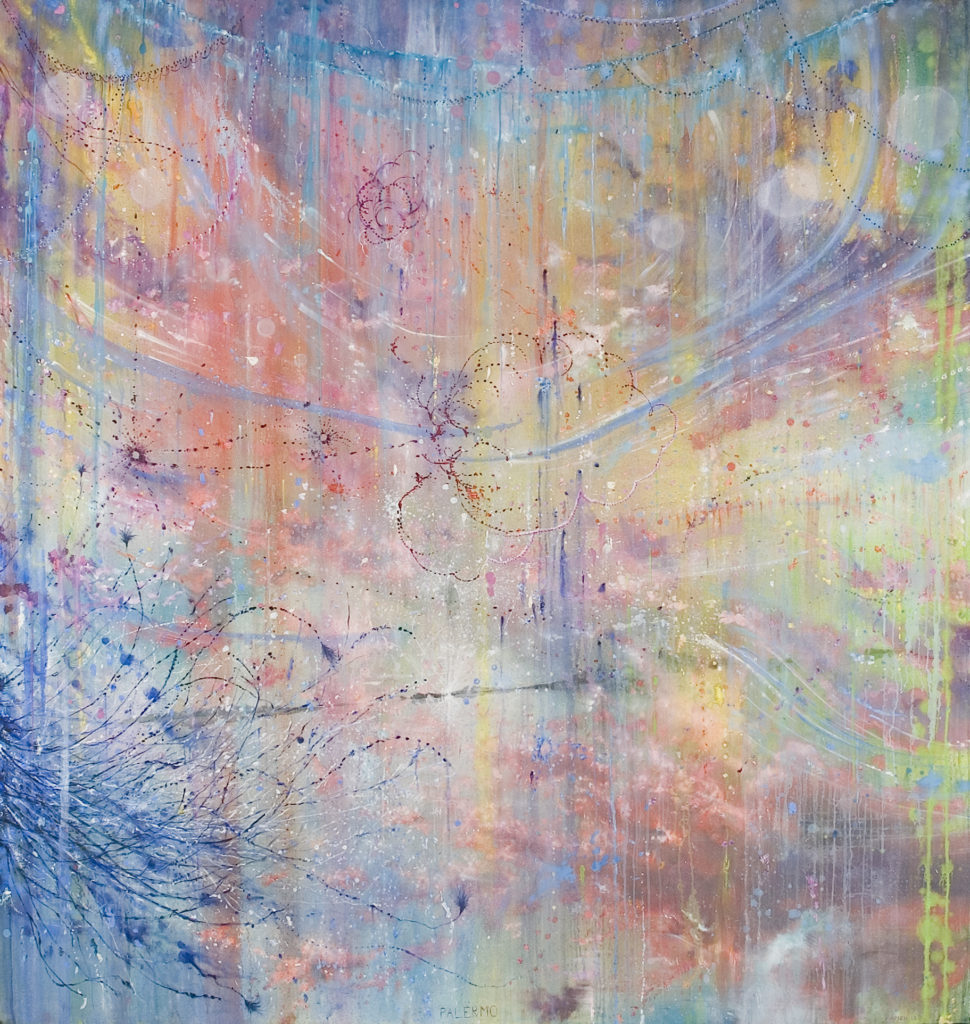 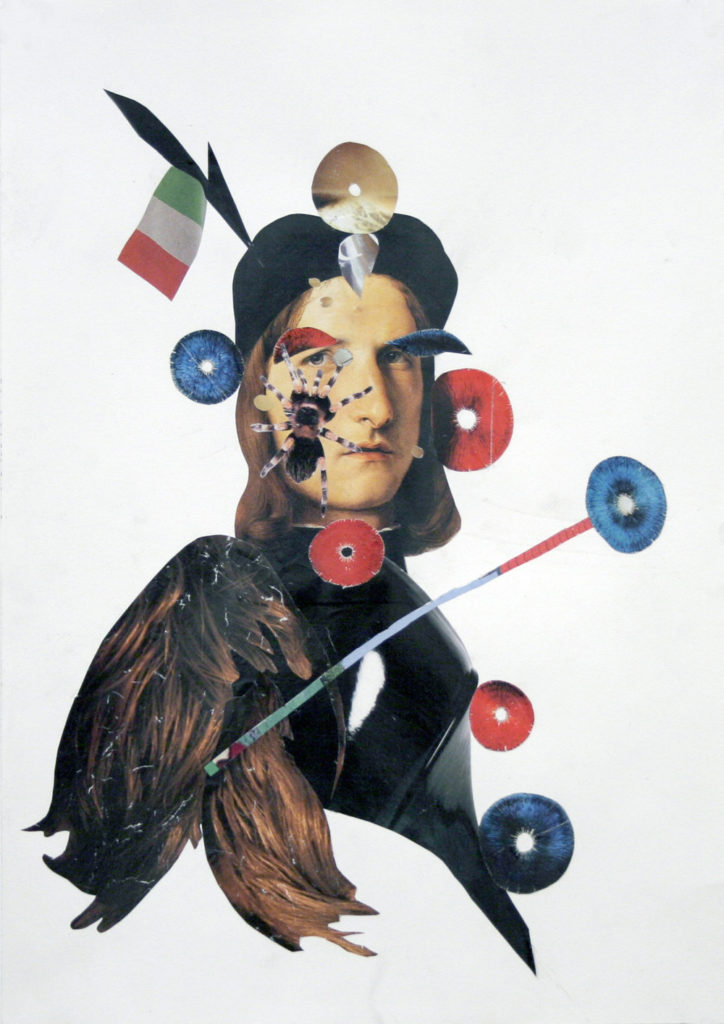 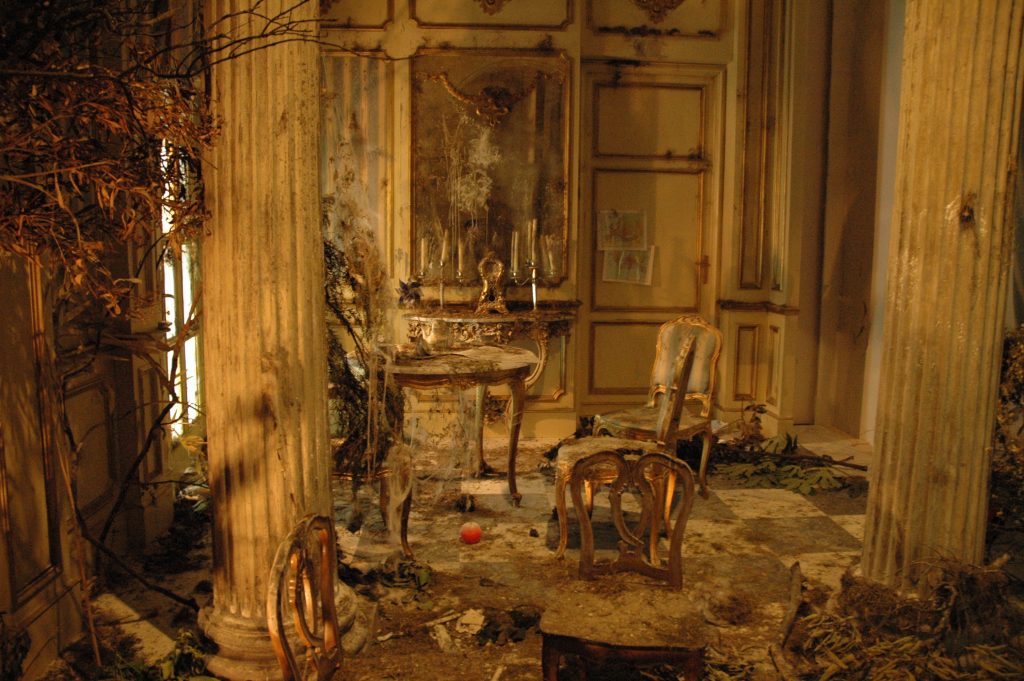